SegaZine: For those who don’t know, what kind of game is AMEBA?

Carlos: A detective adventure. An indie multiplatform game. A visual novel. A western take on a typically japanese genre. We aim to create an inmersing drama with the visual novel mechanics as a starting point, but also with some interesting twists, puzzles you’ll need to solve in order to progress, adult characters you can actually relate to, a realistic setting, absolutely no fanservice, no gratuitous nudes and no magical schoolgirls with blue hair.

This is the first game Retro Sumus are developing as a team, but every member has a history in the game business. How did you get together?

Oh boy, I don’t even know where to start! Let’s see, I was one of the spanish translators for WaterMelon’s Pier Solar, and when they agreed it would be a good idea to port it to Dreamcast among other systems, I told them about Daniel Lancha, aka Chui, and I guess I pretty much talked him into it (that’s hat he likes to remind me from time to time, anyway). I spoke to him for the first time quite a few years ago, when I asked him about one of the emulators he had developed, but when he accepted the job of porting Pier Solar and I started translating all the new scenes and menus for it, and then sort of beta-testing it again, we got the chance to share thoughts and digress more frequently, until one day, some months ago, I finally told him about AMEBA, an idea I had when I was translating the original version of Pier Solar, circa mid 2010 I think. To be honest, I conceived the whole thing as a Mega Drive game, a black-and-white Snatcher (sort of). I wanted it to resemble the Sin City graphic novels while also saving memory and resources thanks to the lack of colours. But when Chui learned about the plot and such, he said something like ”come on, let’s do it for the DC so we don’t have to put up with the limited palette, and I’m in”. So I was like, you know, Chui likes my idea and wants to be the programmer for it, we’re creating a brand new Dreamcast game together… There’s nothing remotely wrong with that sentence!

Juanjo Martín, on the other hand, is a piano teacher, composer, producer, and the keyboardist for spanish bands Efecto Mariposa and Los Aslándticos, and one of my best friends. He’s always up for sorting out our differences with a nice, healthy Virtua Fighter match. We had talked about how awesome it would be for him to score a videogame someday, but always like a distant possibility. Then, after Chui said he was in, I told him the whole story. He said he would get mad at me if I was letting him know and not asking him to join the team, so there you go. He took his piano and began to play and talk like crazy at the same time, improvising a piece that I tried to record on my phone as it would soon become ”María’s theme”. Oops, there you go, that’s someone’s name 😉 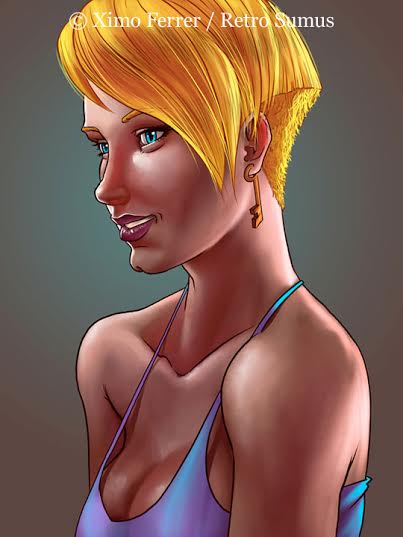 Ximo Ferrer was a different story. A friend’s friend recommended another artist friend to me, who recommended him. I was blown away by his work on Hollywood Monsters 2 (also known as The Next Big Thing) and some of his character designs and I thought ”he’s the one”. I knew that was the style and quality work I was looking for, so I emailed him and let my enthusiasm make me write like a madman or something. I mean, he didn’t know me at all and he was being stalked by a total stranger who kept telling him about creating an adventure game for a dead console, what was I expecting? So yeah, he was a bit harder to persuade. I asked him what his phone number was, called him, explained myself properly, let him know who was in and what the story was about… And I really don’t remember if it took a couple hours or a couple days, but he finally accepted and as soon as we had agreed on the way it would all work I was sending him character profiles.

I was also a writer and editor for spanish multiplatform magazine Games Tribune for the last five years. But as soon as we got the team together and work began, I talked to my boss and resigned. It didn’t feel right to evaluate other games while working on one myself, and after I read about the whole Gamergate controversy, I reckon it was the right thing to do.

Phew! That wasn’t so long, was it?

How did the project behind AMEBA start?

Well, I guess I pretty much told you already 😉 We’re still in pre-production anyway. Working hard on both script and concept art at the moment. During the weekend (21-23 nov) Chui and I shared some more ideas at RetroBarcelona, one of Spain’s main retro events. I’m actually in the train coming back home from there as I answer this interview!

Why did you choose ‘AMEBA’ as the game title?

Ah, sneaky! That, I can’t tell you. You’ll have to wait and play the game to find out why! 😀

Spain is a different scene in the game world, and really exciting. Will the Spanish environment make AMEBA different from many of today’s games which often is set in Japan or the US, and in that case – how?

True. Good or bad, Spain is different (that’s a pretty old slogan by the way). Actually, this is just as if we were making an indie movie: we would film on locations that are close to where we live, right? I told Ximo, I’m no Woody Allen or Guy Ritchie telling a convincing story set in NYC or London. I know how spanish history, politicians and policemen (and policewomen) work, so it would be the honest thing to tell a story that’s set in current Spain. But don’t worry, you won’t need to know, understand or like spanish culture in order to enjoy the game, just as we spaniards didn’t need to know a lot about Sweden to enjoy the Millenium trilogy, did we? 😉

That being said, if you’ve ever visited Spain, you may recognise some beautiful, historical environments as you keep playing!

Please tell us about the suspicious murderers?

Well… What if there is no such thing? Our main character, Hugo (oops, that’s another name!) is obssessed with this bunch of deaths for some reason, but the thing is, his work mates and boss think decades of hard work have finally taken its toll on him. There may not be a murderer at all…

Can you give us a little more details about the story?

It’s too early to spoil things! It will be worth the wait. But keep reading, you may find out something 😉

You have said that you want a more serious take than those japanese visual novels. How will that impact the game?

Well, we aim to create a serious, adult game, but that doesn’t mean there are no japanese visual novels that meet those requirements! But you know, there are some of them from the Dreamcast era, like The Tantei Stories, where western players may feel a bit lost after a few hours, like they don’t know what to do next or even what the main character looks like. And I really liked The Tantei Stories! But we want to give those players a game where that simply won’t happen.

Please tell us about some of AMEBAs main characters?

Hmmm… Hugo Smirnov, veteran cop, he’s pushing 60, he’s been everywhere. When his work mates look at him, some of them see a wise, competent officer to learn from, while the rest just see a poor old man who’s uncapable of being happy anymore. Why? Well, María may have something to do with it.

We’ll be revealing more details soon, but I really don’t want to spoil anything yet, sorry!

Can you tell us something about AMEBAs music?

Chopin may be one of Juanjo’s main influences, and the sound of the piano will be key for one very specific reason in the game. It will be the leitmotiv, so to speak, and it will remind Hugo of what he feels are sins past. An extra CD with the complete OST is a more than plausible possibility, of course.

Does the game have any features that you are especially proud of?

Well, it will certainly feature puzzles to solve, but they will make sense in the context of the story. Like, say, finding the right combination for a strongbox, unlocking a chained prisoner, that kind of thing. I mean, we love the Discworld games, but these puzzles will be quite more logical than that.

You said that AMEBA could be crowdfunded. Have you decided how you are going to fund the game?

Kickstarter is always a possibility, but you know, what was innovative once may become ”more of the same” soon. We don’t want to promise a kind of product we’re not 100% sure we can deliver, we don’t want to take users’ hard earned money and then keep delaying release dates, and we absolutely don’t want a Kickstarter video/demo that’s not really representative of what the final product will be.

We may try preorders, we may get pre-funded by our publisher, we’ll see. That being said, a successful Kickstarter campaign with rewards that are genuinely creative as well as realistic and highly collectible sounds like a challenge we’re more than willing to enjoy. We already discussed on some of those rewards. 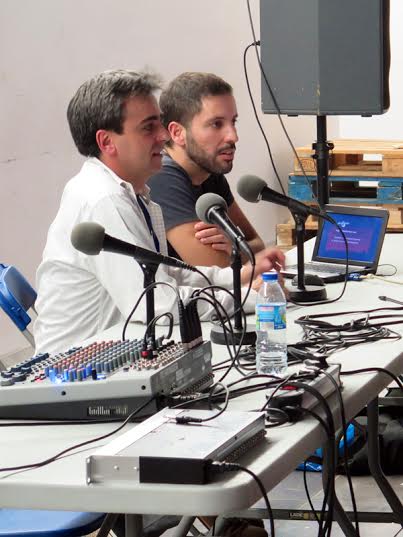 Is there anything else you want to tell us about AMEBA?

Putting this team together really feels like the stars aligned all of a sudden. So I’ll do my absolute best to write a good story. If we finally go the Kickstarter way, one of the rewards will give a lucky backer the chance to define one of the secondary characters’ looks and personality.

Besides that, well, I’m proud to say we’re working on something else, a radically different project we may reveal in a few weeks. And before you ask… yes, it’s a Dreamcast project too!

Thank you very much for your time, and we are looking forward to AMEBA, especially for Dreamcast.

Thank YOU! It was a pleasure. IT’S STILL THINKING!

This site uses Akismet to reduce spam. Learn how your comment data is processed.